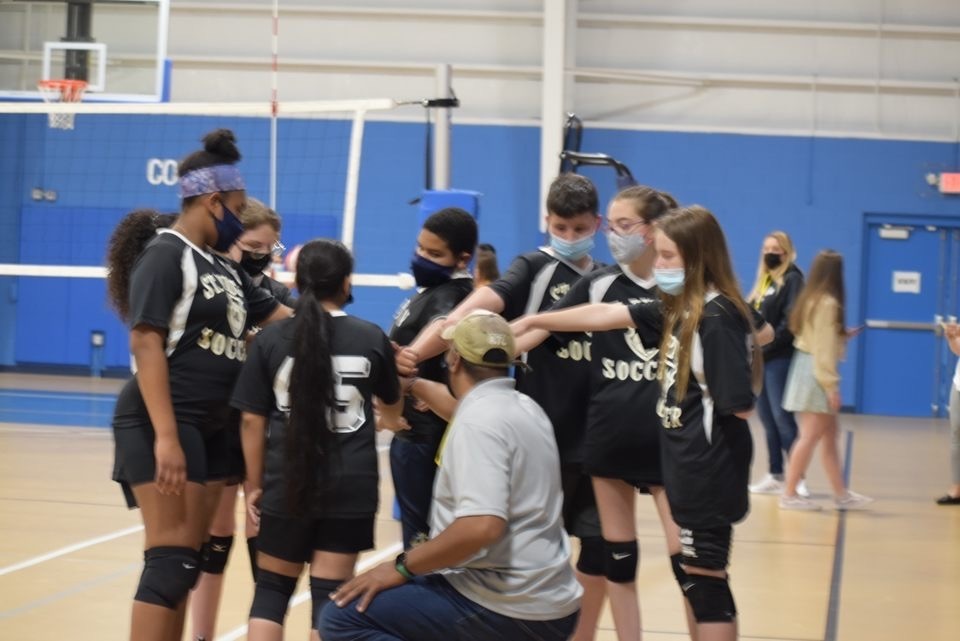 On Tuesday, May 4,  SPV played St. Mary’s white team (6-7 grade) and blue team (8th grade). The first game was against the white team. St Pius won 2 games and lost 1. The team really showed major improvements from their last game on Sunday against St. Rocco. All the players' serves were much improved and scored 15 -17 points in all 3 games.

The second game against the blue team was a true test for St. Pius. In the first game they found themselves down by 9 points with the other team serving for game point. We won the volley, and took over the services. SPV scored 9 straight aces, and had one of the biggest comebacks of all teams this season.  Anthony Thibeault started off with 5 straight points, and then Jenae Beal served and scored 4 more straight points to give us the win. It was the most amazing game of the season!

SPV played hard over the next to games, but wasn’t able to pull off the wins. Winning the first game though, and against a top team in CAL in the fashion they did was the best thing the players could have been a part of.  St. Pius Volleyball really showed that they can compete in the CAL league with anyone!